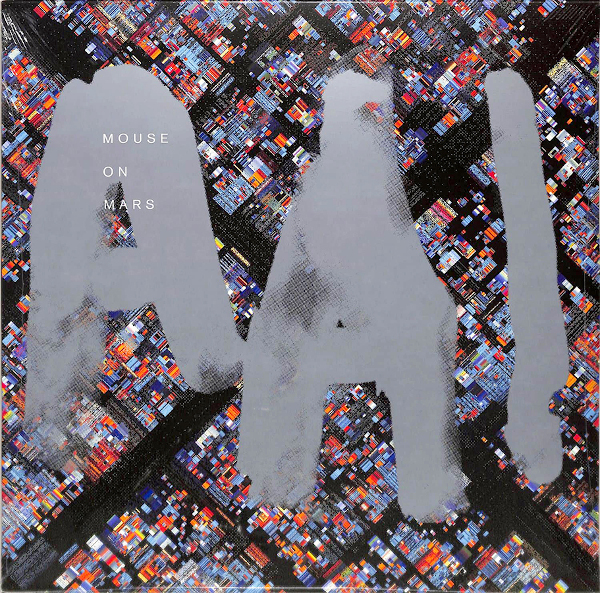 Mouse On Mars’ Dimensional People is a 2018 album that featured interventions from 50 musicians who subsquently formed an orchestra that included percussive robots and special apps for smartphones, resulting in an intriguing live performance. This was in part due to MoMinstruments, a software package developed by the musicians and in part to the particular ‘spatial’ mixing technique defined as “object-based mixing” employed. This new work AAI marks a conceptual evolution from the former project. AAI is an acronym for Anarchic Artificial Intelligence, and builds a subjective reflection on this controversial topic. The writer and professor of African American studies Louis Chude-Sokei made a significant contribution to the project. In an essay included with the release he deals with topical issues related to the industrial-scale and frequently unregulated use of artificial intelligence. The future perception of history and memory, for example, are described by mixing rigorous writing with speculative fiction, as well as providing living material for the traces, as in “Speech and Ambulation” where he says, among other things: ” we still don’t know what the machines want ”. Everything is supported by the usual verve of St. Werner and Toma (interviewed in Neural #16, long time ago), who model atmospheres with dynamic and unexpected components, often with the feeling of a pure soundtrack. The sound part also consistently required adequate technical support, provided by the independent design and AI studio “Birds on Mars”, together with Ranny Keddo and Derrek Kindle, former programmers of the Soundcloud platform. Together they have created custom software (“Krach”) capable of modelling spoken language together with the machine. This in turn has become a ‘live’ tool, both for recordings and for live performances. In addition to Chude-Sokei, DJ Yağmur Uçkunkaya also lent his voice to the project along with longtime collaborator and percussionist Dodo Nkishi. The project does not ignore graphic design, with yet another prestigious involvement. Here, Casey Reas, artist, academic and co-creator of the essential programming language Processing was called on to develop it. Reas (who also created the cover of the special issue for the 25th anniversary of Neural), contributed to the digital archive of the project at https://anarchic.ai. Here you can enjoy his generative videos, in addition to the remaining materials, such as reading the aforementioned essay prepared for the album and testing the Krach software, as well as downloading an audiovisual installation in software (app) format. The final result reflects the different artists that composed it: the unmistakable, fluid and at the same time broken style of the MOM emerges together with the stimulating texts, the elaborate voices, and the geometric forms in kinetic movement and chromatic rhythms, for an often-sublime experience.