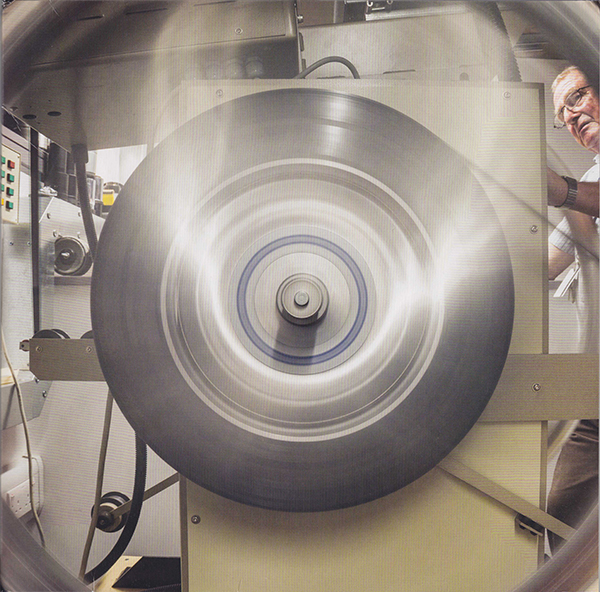 With reference to retrofuture aesthetics, we need to mention Sounds of the Projection Box, an act of reverence to the vintage technology from Michael Lightborne, an artist and Associate Professor in the Department of Film and Television Studies, at the University of Warwick (UK), where he works focusing on the relationships between cinema, sound and architecture, documentarism and field recordings. The album’s opening track, “The Thing”, also a special event from Mediafest 2018, starts with owls standing out as fragments from cine-phonographic recordings, and immediately makes clear that the operational choice is firstly sentimental and is made following a poetics typical of the art forms the artist is familiar with. But this method at the same time can be used also to analyse other fields and activities. What the listener perceives is the sound space of the projection room, the work of the projectionist and the sounds of some 35mm films. We don’t find it so important to make a track by track analysis of the work, even if the suggestions and the possible uses of such large matter can be numberless also to the non-cult members of the audio art genre (the references are so many as to provide a source of sounds for different uses, from djing to many voicing makings, and inspiring different listening and approaches). We prefer to highlight the work’s methodology, that puts together documents belonging to the past, a past actually not so far if we think within the terms of the unwritten history of human constructs, and formal beauty, often conditioned by the cultural contexts within this peculiarity as publicly recognized. The work of a projectionist has always attracted an audience of cinephiles, probably because of his role in the visual experience and for his activity, that inspires some shudders in between loneliness and poetry. But here the subjects under examination are the audio aspects, for example the contact microphones to listen to the hidden sounds originating from the projectors. The tool allowing the communication is the real subject of the analysis, and the ethnographic sensory methodology is raised to a model of possible musicality (something we imagine might shock other academicians belonging to more orthodox music schools). But in our opinion, for what belongs to us, this Gruenrekorder release must be placed as one of the most interesting albums of the year.