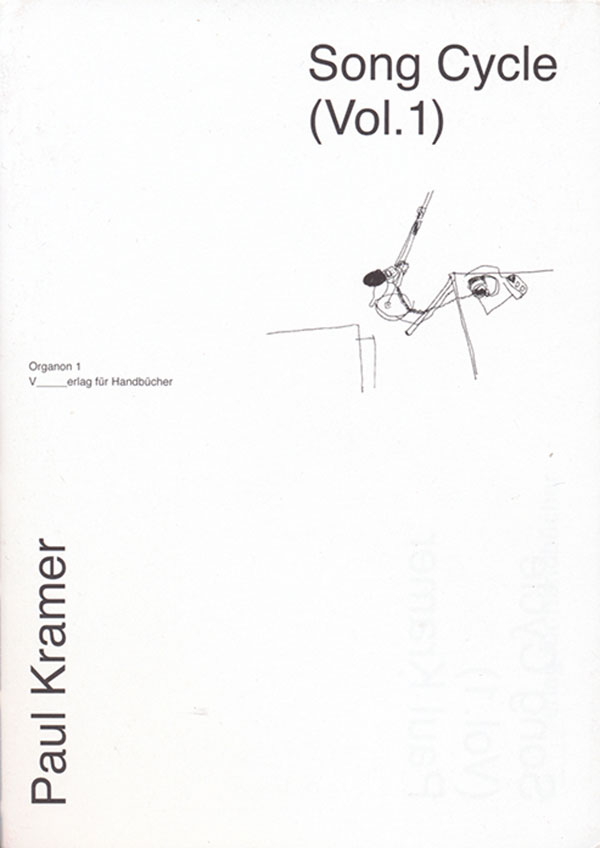 What is our own personal, private song heritage hosted in our brain? We collect songs from being a child and there is an indefinite memory for them. Some seem fixed, some we can recall at will, some re-emerge in dreams, or for unexplainable reasons, and some we can recall almost perfectly just listening to them again, even after many years. The mysteries of our song memories are performatively addressed by Paul Kramer, who’s answering the initial question, singing and recording all the songs he can remember in ‘sessions’ which are coupled with precise details about the songs themselves. The private dimension, incredibly fostered by social media (let’s just think about how we’re keen to relate with celebrities), is then elevated to an always-available-to-the-public one. Kramer builds on all of the above, performing the private, free singing as a long standing act, using his voice as a medium. This book collects the detailed lists of performances taken over sixty sessions spanning seven years (2006-2013). They are ‘introduced’ or broken up by a few quotes, but especially comments by the author, reinforcing the naïveté of the method, describing, for example, his own rules and details of his technique. As a whole it is a quite intimate portrait, a sort of printout-cum-streaming of a person’s sonic memory in great detail, including its genuine live manifestation. But relating it to a cloud-based voice service it can be considered as a sarcastic reverse engineered surveillance, where sonic memory is deployed on paper, and sung as it would have been the last time it was.