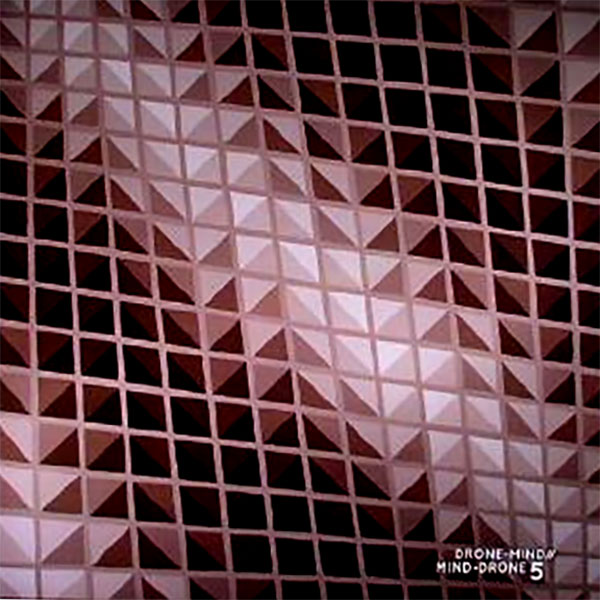 With a drone-experimental attitude the nomen omen series of the German label Drone Records is its fifth release: a vinyl featuring on the A side “Gjallarbru” a track by Gydja, followed by “Furnace” and “The Last Summer”, equally interesting productions by Clade. On the B side, instead, we find “Vibramina Renatus” by Monocube and “Krstnhmnbrtncrt” by Yrsel. The approach on the various tracks seems oriented towards ambient music of a classic style, with cosmic and very dilated sequences. One of the peculiarites seems to emerge in ‘beatific’ treatments, or in exaggeratingly dark and penitential settings, although a certain oneiric aplomb, shady and technologically mystic, pops up here and there at this genre’s latitudes. Drone Records has been active since the early nineties, often only with releases in promo format, with handmade covers most of the time, or initiating sublabels and parallel productions, as Drone-Mind // Mind-Drone, Substantia Innominata, or Transgredient Records. The label is a wonderful testimony to a productive environment which has mostly disappeared or decisively changed after the digital advent. Of course, realities similar to this one survive within the folds of subgenre – not only in Europe – balancing the good and the bad of the new times with what the pre-internet underground has created before. In short, before the word ‘drone’ became a popular refrain for music media, these artists were already active and reining cinematic sequences from their own bedrooms or small recording studios, with computers which now would be defined as ‘unlikely’ or with analogue gears without guaranteed potential. An accurate plan of the involved sounds seems, even today, the key to continue releasing interesting and enjoyable music products, with plots that would have some stylistic perspectives and a market which would acknowledge and distribute them. The involved artists will hopefully excuse us if we don’t analyse all the different tracks, which are carefully composed and very evocative. In this case the best part of the production seems to derive more from a collective knowledge than from a social brain, a culture that in music, at least recently, seems increasingly to be lacking.