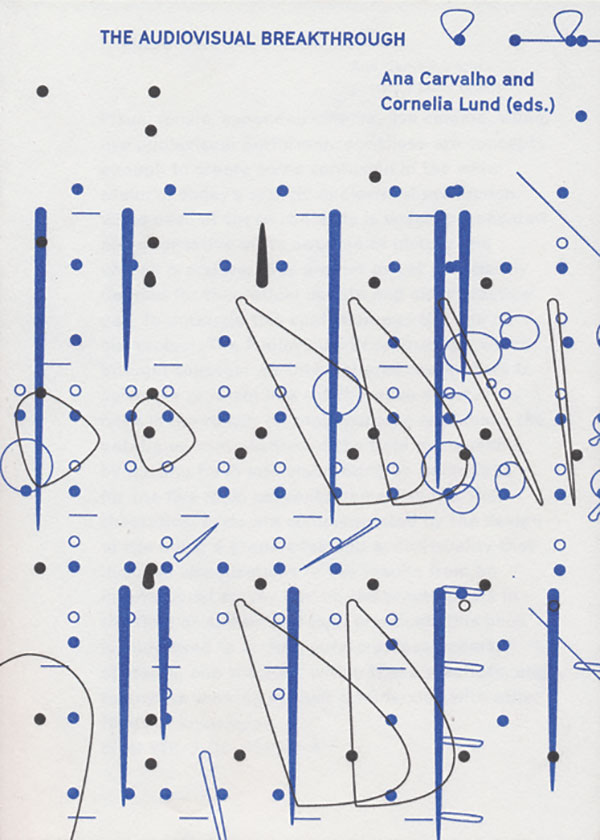 Five years after the influential book Audio.Visual: On Visual and Related Media, Cornelia Lund has co-edited a new book on the same topic, this time with Ana Carvalho. Officially instigated to end confusion over six different terms (visual music, expanded cinema, live cinema, vjing, live, and audiovisual performances), the project has enlisted six different international researchers to theoretically define them, but – and this is the distinctive aspect – collaboratively. The different papers constitute a whole that is an excellent thorough definition of the performative relationship between audio and visual, covering an ample and coherent range of disciplines. Speaking of the visual part, it’s worth mentioning the consistent and innovative book design conceived for this book. Conceptually it is meant as a “graphic take on audiovisuality”, whose task is accomplished in several respects. Paper notes, for example, are given the same visual importance as the text, placed in separate pages of spreads. There’s also an international survey on the practitioners of audiovisual art, whose information graphics are rendered as abstractly as if they were musical notations. The notation is even developed further in specific signs used at the end of paragraphs. Finally, the book is printed with a risograph machine, an old type of digital printing system that is re-emerging as a cheap underground technology to produce simple colour publications. This technically and conceptually complements the content in a perfect way.