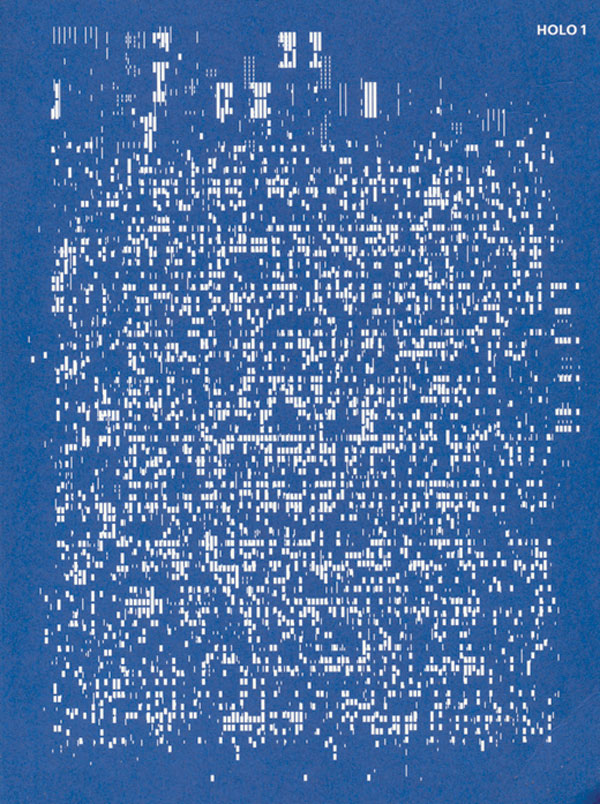 In the liquid territory of creative expression that uses technology there’s a hybrid area that includes, to varying degrees, programming, design, sound, interaction and science. Holo is a luxurious new magazine, conceived as a first “best of” for these research areas and is a professional product. It has been funded through a Kickstarter campaign, gathering 71,494 USD (more than twice the initial goal) through a bit less than one thousand “backers” – impressive figures that have brought together this first issue (the expected schedule is two issues per year). It’s based in Toronto around the skilled people behind the CreativeApplications.net website where the same hybrid area is explored via frequent posts. With an impeccable aesthetic, the printed magazine has classic features (about well known artists like Chris O’Shea, Semiconductor, Zimoun), articles, visual indexes, and a curious fold-out ‘stream’ – short notes on important stuff/events/news that happened during production. To aesthetically reinforce its identity, the cover design and ‘partner’ pages (institutions supporting the magazine), are ‘density maps’ “tracing all the letters in the magazine,” elaborated with a processing application developed by Moniker studio. Finally, the name index on the back cover becomes a sort of contextual list, detailing inspirational references. This magazine as a new ‘voice’ in the art and technology field is welcome and we hope that it will contribute to expanding the whole scene, becoming part of a mutually reinforcing network that has for too long awaited historical recognition.