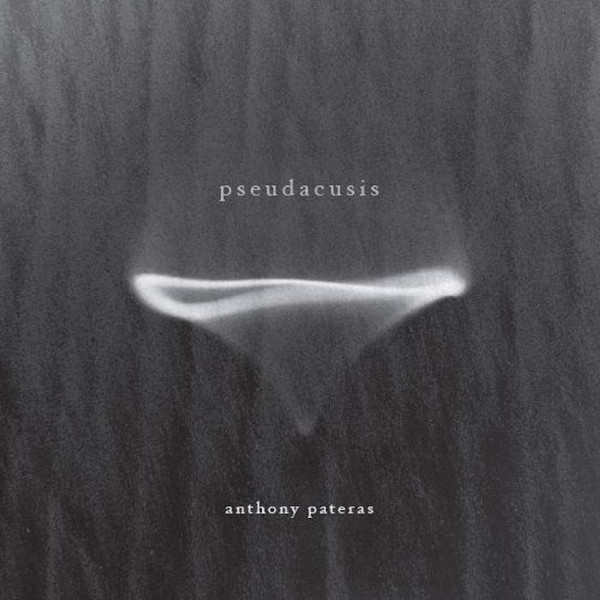 Anthony Pateras established an electroacoustic group with seven members for the project Musica Sanae, developed with the Creative Victoria Creator’s Fund. The result is Pseudacusis, a work executed in 2019 in Naples, Sokolowsko, Berlin and Krakow. Krakow was the location of the Sacrum Profanum Festival, curated by Krzysztof Pietraszewski, the full recording of which was produced for the label Bocian. More precisely, this project is the result of an artistic partnership between three European entities: Phonurgia (Naples, Italy), In Situ (Sokolowsko, Poland) and NK (Berlin, Germany). The main concept behind the project is the exploration of the connection between music and medicine, an unusual theme, which, in the case of Pateras, is reminiscent of his research on the hallucinatory aspects of sound. The chosen musicians come from the afore-mentioned cities: they are Chiara Mallozzi, Riccardo La Foresta, Mike Majkowski, Lucio Capece, Gerard Lebik and Tiziana Bertoncini. The title also respects the purpose of the project and is a quote with a medical-scientific origin. Pseudacusis is a specific term for a hallucination or auditory illusion. Pateras directly suggests the states that inspired it: auditory pareidolia, exploding head syndrome, otoacoustic emissions and psychoacoustics more generally. Even more striking is how Pateras develops these suggestions in a strictly technical way, spatializing the sound, modulating the pitch and timbres of the sequences, making use of stochastic effects, extreme or heterodynamic dynamics, polyrhythmic repetitions and acousmatic speaker environments. The works also show elements of electro-acoustic interference and the use of different beat frequencies and tones. It’s a special ensemble made of different instruments: cello, violin and double bass, flanked by two wind instruments and percussion. Not all the above-mentioned musicians, who were fundamental to the development of the music in the early stages of the project, could actually be in Krakow to record the album. These were replaced by Krzysztof Guńka on sax, Deborah Walker on cello and Lizzy Welsh on violin. We should also mention that the album production followed an unusual technique: a first tape was made in Australia and recorded with different musicians, who played the same instruments of the sextet. Then Pateras processed the sounds one by one and orchestrated them in Europe with the group. Live, each member of the ensemble was in the middle of the loudspeakers, with Pateras mixing and triggering the electronics by placing himself in the centre of the space.