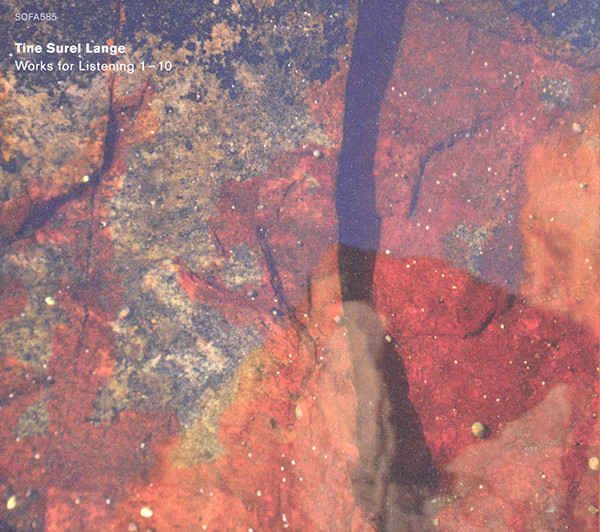 This is the first solo album of the Norwegian interdisciplinary composer and artist Tine Surel Lange, an experimenter known not only for her sound production but also for other kinds of creations, installations, performances and audiovisual works. The works presented are dilated and ambient little scores, engaging but never elegiac, full of defined and spatialized sounds. All the works included in this release by Sofa are composed in fifth order Ambisonics, a full sphere surround format that, apart from the horizontal plan, covers some sound sources placed above and below the listener. These were subsequently presented in many different forms due to practical reasons. Tine Surel Lange’s work with this system produces a realistic spatial representation of sound information that originates from mono auditory recordings, usually done with contact microphones, recordings that often boast a very physical and tactile grain, abstracted from their origins. These are materials almost always of an organic nature, somehow remodelled to varying degrees by working on tones, percussion, noise, resonances and vocal layers. Attention is focused in particular on the aesthetics of listening. The sound environments are almost always created with material taken from everyday life and this makes itself felt through a sort of magical realism, emanating a charm tinged with chamber experimentation, electroacoustics and drone music. This approach is best experienced in live performances and in multichannel installations and these compositions have been imitated and reproduced in many places. Even in the most basic stereo decodification and the most minimal passages, it is possible to appreciate the vertical movements of the sound, the special attention to detail and the compelling musical fluxes. In Tine Surel Lange’s compositions, the abstract forms of most of the audio manipulations become almost tangible, in a listening process that is evocative and suggestive. Ambisonic recordings, whose discovery as a technique dates back to the 1970s, have enjoyed great attention in recent times, thanks to their affinity with the world of 3D cameras and virtual reality. Tine Surel Lange is a specialist in this methodology and her work for this album is proof of that.