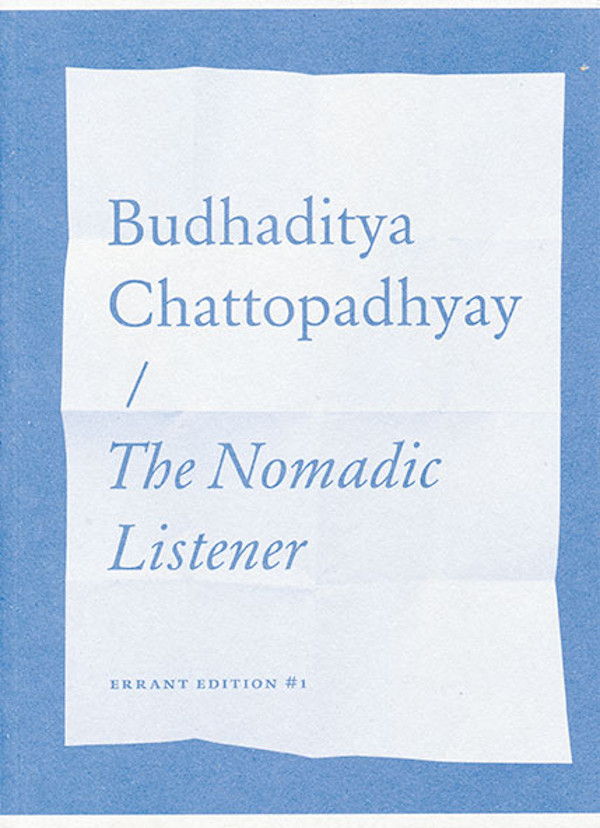 The Nomadic Listener is defined by Chattopadhyay as an ‘augmented book’. It is made of a stream of thoughts, generated by the itinerant author, psychogeographically exploring major urban cities including Copenhagen, Berlin, Kolkata, Vienna, Delhi, Hong Kong, Mumbai, and New York. Each spread hosts one of these streams and a drawing, in watercolour style, representing the waveforms of related field recordings. The recordings can be listened to as an underlying stream by scanning a QR code in the first pages. The essence of travelling, including the accidentally beautiful, the random, the mundane and the expected, can be listened through the recordings, trying to recognise sounds, or just allowing them to fill the space. The sharing of the traveller’s thoughts, instead, intimately include the reader, projecting him into this slow nomadic dimension. The urban territory is the underlying scenario and the lack of synch between text, drawings, and audio (as well as the lack of explicit geographical references), renders it as an abstract trip, where aural cues set the imaginary framework for textual reflection. It is an exquisite experiment, part of Chattopadhyay’s research, and outlines a specific structure for an reflective urban nomad, a listener equipped with self-awareness and open ears.