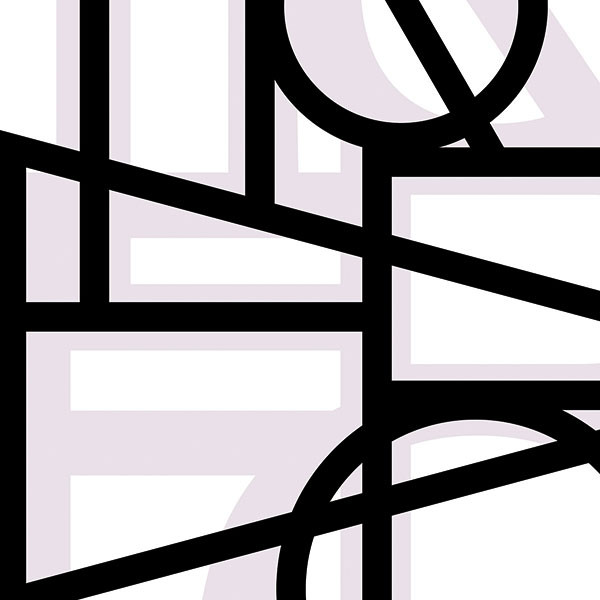 Thomas Pujols, a French producer who uses the moniker Nebulo, is accustomed to persistent experimentation using mostly polyphonic synthesizers, with which he explores harmonies and dissonances, constructing microtones and other tonal scales that escape the norms of equal temperament. Parallaxes features melodic variations that do not fit into the usual patterns, deliberately constructed to disorient the listener, to create a perceptual imbalance, to weave trajectories of attraction. The short opening track, “Double Vision”, elegiac and effected, is abruptly interrupted, introducing an unconventional emotional potential, whose expressive power is fully deployed in the subsequent “Vif Argent”, a composition of over five minutes. This piece is disrupted, before moving on to the hyper-experimental cuts of “Trames”, featuring a twisted and unstructured polyphony. “Doppelganger” also exhibits abrasive drones but is more airy, while “Dymaxion” reminds us a little of tonal music, even if here everything sounds a bit skewed. At other times, the montages and extreme juxtapositions recall something of the click’n’cuts of two decades ago, just as the multiplicity of chords put in place also creates an alienating and fascinating effect. The album continues with “Peplum Cream” a piercing ballad with some space-western influences, which mentions the ability to play with tricks and special effects to capture the listener’s attention. The subsequent “Fata Morgana” returns to a more dreamy and ethereal register. But sudden twists are also in evidence and Nebulo enjoys introducing unusual elements in order to confuse points of reference.”Anti Camera”, for example, plays with deep timbres and a dark and ecclesiastical setting, and would work very well as the soundtrack for a horror movie, if there were not once more the deviation that almost merges with the next track, “Ressaut et Terrasses”, the longest piece of the whole album. It closes with “End-on-End”, again a mixture of raw materials and fragments of very interesting melodies.