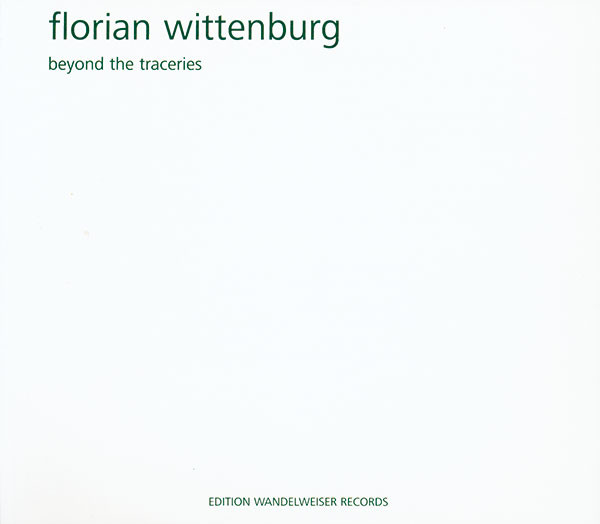 The English word “tracery”, “flechtwerk” in German or “nervatura” in Italian can be translated in different ways, first of all as “interlace”, which is well suited to the idea of ​​intricate electronic music, but also as “embroidery”, or “carving ”, or “design”, all of which testify to the delicate precision of the sounds produced by Florian Wittenburg. These are never quietist or too conciliatory, but rather fragile constructions made largely from the modulation of patches created by the author and then played live in real time. Already in the first composition, which gives the album its title – the quoted phrase is inspired by a poem by Eric Pankey – is deformed language, stretched over time in two different ways, giving rise to white noise, constantly creating different combinations. In “Noise Bowls” part 1 and part 2, two glass bowls are used and the resulting drone sounds constantly evolve over time, always producing new permanent combinations, in an overall rather mystical, celestial and synthetic setting. Ideally forming an interlude between these more meditative compositions are two contributions called “moving thirds”. These are actually two different takes of the same piece that both resonate in a suspended and crystalline, hypnotic and repetitive way. “Of Exile”, the fourth track in the lineup, is the darkest and most forceful of the series; here we can distinguish between natural field recordings and fragments of phrases, again heavily manipulated. In its variation of different approaches, the continuum works well and the listening experience is very pleasant, condensed into only thirty minutes. The release was published by Wandelweiser Editions, a label that, first of all, is a collective of cutting-edge publishers and musicians with ramifications in a lot of places in the world, a brand particularly focused on the concept of a silent music, According to Wandelweiser’s owner Pisaro, “Beginning with the music of John Cage, it has become possible to see time as having its own structure: not as something imposed on it from the outside by music, but something which is already present, which exists alongside the music.”