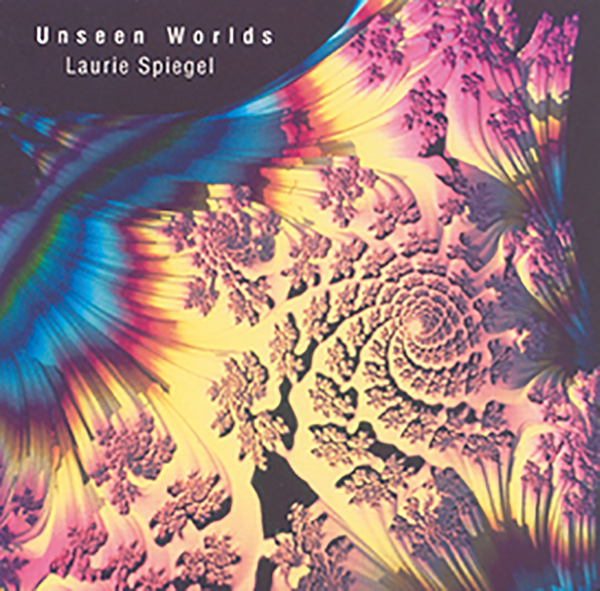 Laurie Spiegel, who in 1980 had already released her first LP The Expanding Universe, is a pioneer of computer music. She made her work with software tools for algorithmic composition. Her “Music Mouse: An Intelligent Instrument” was presented in 1986 and made available for Mac, Atari and Amiga. Using the same software Spiegel created “Cavis Muris” and “Three Sonic Spaces”, some basic works within the scope of electronics. Then in 1991 Unseen Worlds was released: a sexy and elegiac album published by Scarlet Records, an ambient, electronics and new age label that, unfortunately, folded shortly after. In time the release become famous within electronics circles, but impossible to find on the market. And so we welcome to this new edition, which brings us back to Spiegel’s twists, layers and sonic environments and whose beauty and charm is undeniable from both a contemporary and historical point of view. Similar projects of the time were not as abstractly conceptual and complicated as they might be today; the inspiration was most likely coming from classical music, rather than from an Eno-influenced ambient or American Serial music tradition. So too, the increasing mood of pagan neo-spiritualism, very cool in the States, influenced some of cosmic, mystical and dreamy visions. Unseen Worlds is worthy of a special mention, thanks to its general process, DIY attitude and innovative procedures. Due in part to this work, Laurie Spiegel deserves a special place in the ranking of musicians who enlightened the international electronics scene. However, we can also find some correspondence between these sounds and advanced forms of American folk music. When referring to her own works, the composer defines the computer as a precise but innocent tool, whose usage is defined only by the sensitivity and emotions the author instills in the work. The album is comprised of twelve tracks and it’s easy to get lost in these sweet and musical passages, some of which are very quiet, refined and permeated by the kindness of harmonic sounds and heavenly atmospheres. Some water has passed under the bridge, and things change, but some artists deserve more recognition for being ahead of their time and yet producing works whose value is everlasting. This is not a trivial achievement in an age where everything burns out in 15 minutes.