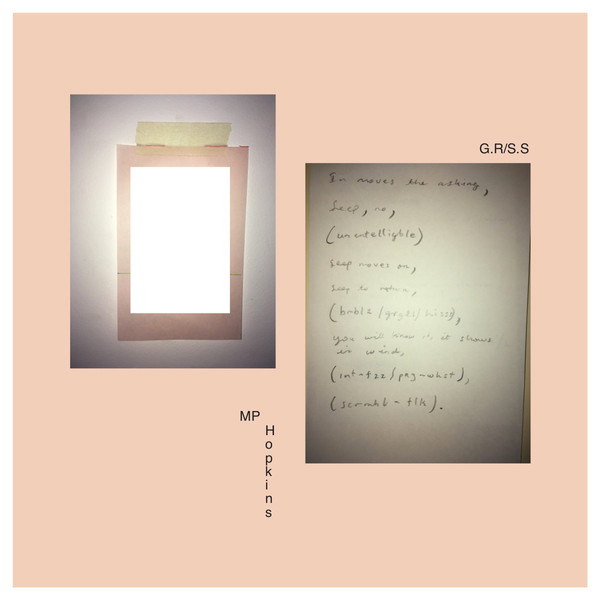 The Australian sound artist MP Hopkins currently lives and works on aboriginal land, in New South Wales, a coastal area that according to the maps shouldn’t be so far from Sydney. Matthew Philip, (MP is the acronym of his two names) is interested in mixing many different languages, whose result leads to some unconventional and melancholic atmospheres. The base is a raw source of materials, later re-used to produce some sensitive electro-acoustic compositions. The Gallery Rounds, simply named G.R/S.S, was produced after recomposing different field recordings captured from some galleries, museums and other institutional buildings in Australia between 2014 and 2017. At first listening, the style shares a lot with the improvisation tradition. The studio work might be more meticulous, but it links together all the different suggestions, sometimes more thinned and unfocused on direct references to the places of capture. There is no conceptual relationship between the sounds and the artists shown in the spaces, or the subjects of the research. However, the attention on the many and less acceptable involuntary combinations was always high, for example the car traffic or the construction works in some areas fusing with the sounds of the video and the kinetic sculptures, or the daily human activities and the sounds of the buildings during events (shows, meetings or conferences), or other intrusions in the external spaces nearby. From some points of view, the choice of cultural institutions as places of capture doesn’t make much difference, if the main concept for the author was to give life to a sort of audio diary and highlight the hypothetical point of view of the listener/spectator, who is anyway a consumer. We got the feeling the work was somehow “romanticized”, sometimes engagingly, sometimes incompletely, with the aim of thinking about the nature of consumption. Behind all the elements, there is the very personal musical “taste” of the author, who combines together the different sessions and later recomposes them in an abstract and sensitive exchange.