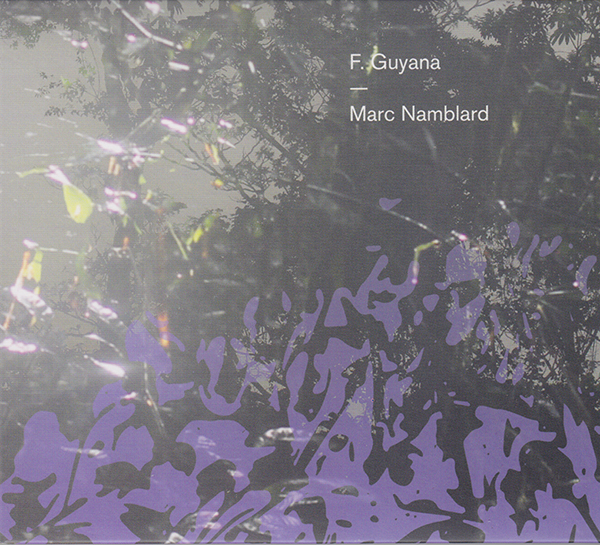 Marc Namblard is no stranger to audio-naturalistic approaches – we could remember his previous release on labels like Nashvert, Ouïe-Dire e Kalerne – and in fact even to the exploration of open-air spaces in French Guiana, which have already been the subject of long recordings. The sound collage of those first auditory captures – field recordings made between the dry season and the “little rainy season” – clearly leave a strong impression on the Parisian investigator who, for this release on the prestigious Gruenrekorder, has this time chosen, always at the same time of year, the coastal regions, surely no less charmless than other, in the forest and in the savannah, still rich in different and well detailed vibrating frequencies, of resonant fragments and enveloping iterations. The environmental suggestions are often kept abstract, intense of a single sound, and then in other cases open to the chirping of a bird rookery, to the monkeys’ and cicadas’ gurglings – among the morning inhabitants – that are highlighted with guttural and crackling expressions. On Saint-Elie road, close to Sinnamary, an area that is still at the edge of the forest, Marc Namblard is attracted by colibri emissions, by high-pitched buzzing of ever present cicadas, and also by the constant hammering of woodpeckers. The sounds we hear are never ordinary: the collected field recordings are rich in minimized interferences and the sequences captured by drones are in other cases recordings of very specific frogs (leptodactylus, vitreorana oyampiensis and eleutherodactylus johnstonei, the ones best known), of birds (for example cyphorhinus arada or eptotila rufaxilla) or just of the ocean, accompany by the breaking waves on the beach tenuous and unsettling or by the same ones which incessantly beat on the coral reef. The whole work seems infused by the pure spirit of the original phonography and we don’t perceive any post-editing: some more “embellishment” is given by the interesting attached book, completed with suggestive color images credited to Hadrien Lalagüe, Antoine Baglan and Anne Cécile Monnier, authentic experts in these kind of shots. In conclusion, the sound space is really well defined, full of details and hyper-vivid and the listening is definitely pleasant, it is completely up to such a sedimented and valuable record series.