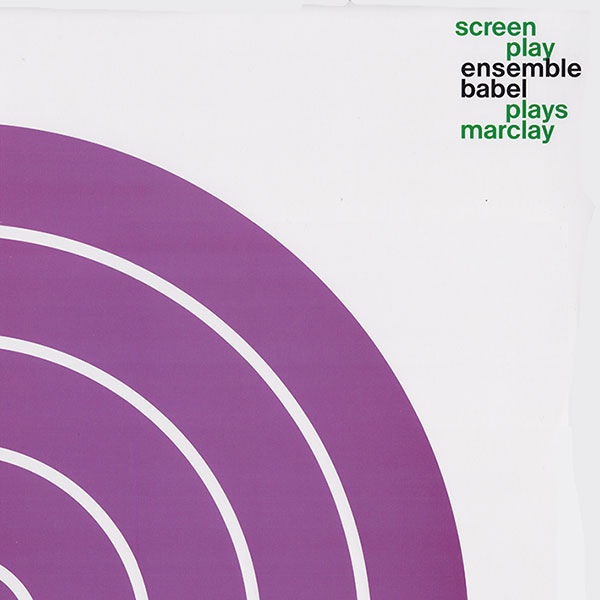 Active since 2006 and based in Lausanne, the ensemBle baBel is a group of musicians which has already worked with Christian Marclay. In 2012 the band played four works by the composer. In his musical attitude, the group does not make any difference between antique, classic or contemporary music. Similarly, they pay an extreme attention to different musical cultures and to integrate new technologies and musical methodologies into their own background. A main concern of the ensemBle baBel is actually to integrate their research with the live sets, which may be held in different locations (acoustic, architectural, urban) and performed with the participation of scientists, artists, art galleries and museums. Christian Marclay is a New Yorker experimenter, who stood out for his many-sided artistic works (sound, photography, video and film) and shares the same attitude about the interconnection and the multidisciplinary. So, this collaboration is no surprise to us and it refers to “Screen Play”, dated to 2005, “Graffiti Composition”, made between 1996 and 2010 and “Shuffle”, a piece dated to 2007. The guitar of Antonio Albanese leads the five musicians in “Screen Play”, with Anne Gillot (flutes and bass clarinet), Laurent Estoppey (saxophone), Noëlle Reymond (double bass) and Luc Müller (drums). In “Graffiti Composition” Jacques Demierre’s spinet sweetly empathizes with the musical atmosphere: the execution is typical of a visual score and is different from traditional notation, since the musician is not able to read in advance what later follows. Probably this creates a larger indeterminateness in the electroacoustics sequences, which are rich with improvisations. We also remember that Marclay posted, on the walls of Berlin streets, the first scores of the composition. (These score were later covered by graffiti and then reassembled to form a new musical score). The last track, “Shuffle” is on the second vinyl. This time there is a random score, formed by some photos printed on a deck of cards. Behind these works, there is a clear attempt to rethink and conceive some ways typical of the improvisational tradition.