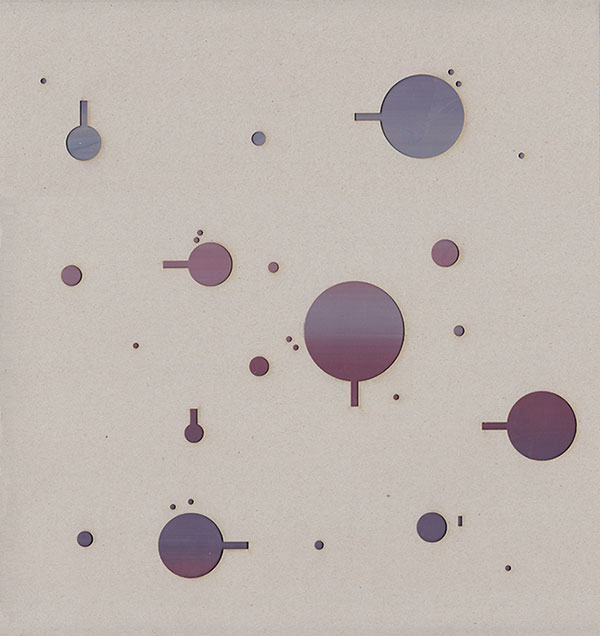 The name The Void* (pronounced “The Void Pointers”) is a tribute to the C ++, programming language, whose semantics are relatively minimalist but also versatile, power and recursive. Similarly composite, this trio – which is formed by Roald van Dillewijn, Tijs Ham and Eric Magnée – is a strong wall of sounds made of modified instruments and electronics but also of elegant layers, cuts and melodic, iterated and dissonant sequences. The basic approach is mostly post-rock but the unusual combo also recovers a free form attitude, with soundscapes and suggestions of serial and classical music. The contrast is that of an organic sound with one that is abstract, aestheticised but rich in dilated and mesmerising moments. Even the artwork of the vinyl release follows this inspiration, with a hardcover matte pierced in circular and geometric openings of various sizes that show a coloured texture below. This album by The Void* is linked simultaneously to three labels: Lomechanik, Esc.rec and Shipwrec, all “made in the Netherlands”. The band is also involved in the modifying some instruments (guitars and flutes) in order to create unconventional sonorities. The release consists of six tracks, the first very environmental and insistent, shaped by a guitar drone and radio frequencies, spurious elements and effects. In the next the piano is in evidence, in a very melancholic and rarefied, suspended and intimate way, while the third shows off experimental orchestrations, a sonic pointillism then diverted in meditative conjunctions and chamber music influences. “Abstract” is more electronic, martial and disturbing, while “E AB EF B” is still a stylised piano composition just furrowed from other layers of swirls and hums. With “Dereference”, which starts almost silent, The Void* recalibrate the focus on the infinitesimal, closing the album beautifully and leaving us in fascination aroused by so many multiform expressions.