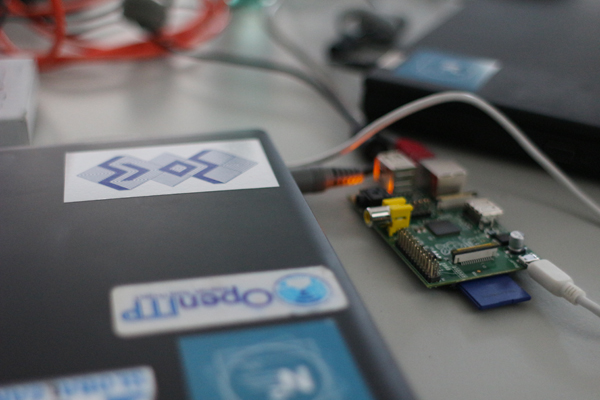 In times of increasing online networked surveillance, the need for our disconnection and emancipation from centralized technological platforms becomes more and more crucial. One no longer feels safe when it comes to data. The news is out and the mere charm of constant connectivity is long gone. The growing possibilities of today’s data-driven world are unavoidably accompanied by insecurities as we seem to be stuck to network topologies and protocols functioning beyond our control. While a lot is being said for the emerging alternatives, the rhythm of change still seems to be rather slow and the question remains open: Can control really be regained if we, the users, manage to build and maintain our own systems? Today’s ‘politicized youth’, as Sarah Harrison put it at her talk at the CCC 13, has grown up with free internet and feels that has the power to keep it this way. But is this at all possible? The Othernet Workshop by Danja Vasiliev aimed to address such issues by inviting users to take an active stance; participants, as it was stated in the workshop call, would get to learn how to use alternative open source tools and Linux based systems in order to overcome the current centralized architectures and to actually re-engineer the Web.

The Othernet Workshop was of course in total accordance with Danja’s overall work, emphasizing the need for critical empowerment and embracing the potentiality of autonomous user based systems. It followed for instance Netless, an offline parasitic communication network, Newstweek -created with Julian Oliver-, a device that allowed news’ manipulation in hotspots, or the Weise7 book -an outcome of the Weise7 studio-, which in reality was a hidden and independent-to-the-internet wireless server. The workshop also can be seen as a complementary to radical interventions of the artist realized in collaboration with Julian Oliver such as their recent work, PRISM: the Beacon Frame, which was disabled during the last Transmediale for intercepting in cellular communications or their older project Men In Grey which revealed the insecurity of social media communication. Furthermore, and more interestingly, the Othernet workshop goes beyond Danja’s artistic work being the latest one of a great number of non-artistic workshops that he has been running the last few years for different audiences. Such are for example the well known Networkshops, taught in collaboration with Julian Oliver, where participants learn on a theoretical and practical level about network structures and mechanisms, the Cryptoparties, initiated along with other colleagues in Berlin, where tools for obfuscation and encryption are communicated, or workshops especially organised for younger participants where the network is purposefully performed and played.

Taking into consideration this prior work and following the principles of critical engineering the new workshop took things a step even further. Participants were now invited to dive deeper, aiming to create their own communication systems and computational infrastructures. The three days workshop program included: learning how to install and run a virtual private server on one’s computer, making the server available from the internet, connecting it to a virtual private network and last but not least experimenting with its possible uses. Leaving this latter point open to the participants’ interests and needs, the system was successfully used as a web server, it was turned into a wireless access point tunneling all network traffic to a Tor network and it was connected to a cloud service with data locally stored. In some cases a Raspberry Pi was also used. Unlike prior workshops of Danja however, which were accessible for all, the Othernet workshop required some basic programming skills and technical knowledge to be followed comfortably. In a way, it could be considered as a second part for the Networkshop, where users can gain further skills and competences. And this was a decision taken consciously by the artist, as a response to the urge of our times.

Increasing the number of today’s conscious sysadmins, of the datapunks or the army of awaken softwarists that Assange, Wark, Lovink and Bifo have all respectively talked about, seems to be what this new workshop ultimately aimed for. At the end, it was not only about users’ disconnection from the cloud and their emancipation from centralized networks; it was also about empowering an emerging class of critical network professionals and skilled users to change the current network based asymmetries between citizens and governments and to move towards new conditions of communicating, working and being. The task is difficult, but at the same time this is why the contribution of artists running such workshops can be of special importance. Apart from communicating knowledge, these affect-driven initiatives can progressively build ties between users and open up to a different unified future of possibilities. The Othernet workshop took place from the 24th until the 26th of January 2014 at Weise7 studio in Berlin. It was curated by Teresa Dillon in the context of her “Urban Knights: Systems for independent city living event” program, along with a panel focusing on governance and user-developer power relationships within emerging decentralised systems for urban and civic living. Both events were part of the Transmediale 14 program. An Othernet wiki page with documentation and useful resources will soon be available.
Daphne Dragona