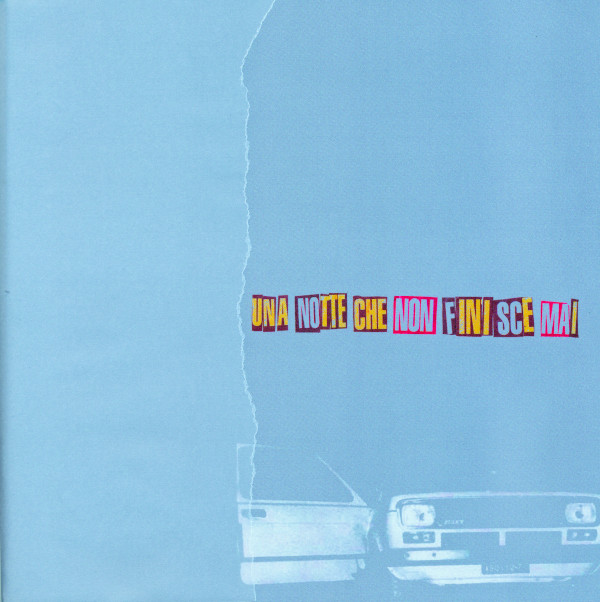 Following on from his rock-electronic experiments with Meathead and Teho Teardo in the 1990s, Cristiano Deison turned towards even more conceptual and refined experiences by incorporating tape recorders, record players and other objects into his compositions. He also founded a small label, Loud!, where he collaborated with many great artists including Lasse Marhaug, KK.Null, Thurston Moore and Scanner, alongside Italian masters such as Simon Balestrazzi, Maurizio Bianchi and Andrea Gastaldello. The idea of Una Notte Che Non Finisce Mai (A Never Ending Night) was conceived by the writer Sandra Tonizzo, who is using her pen and imagination for a music project once again. Here she has developed eight short stories, which have then been reassembled into sound stories based on reports, memories and impressions of an intricate noir in which seven young couples were murdered in the woods surrounding Florence between 1974 and 1985. These events became a media sensation, and in the subsequent decades have produced countless books, television shows and research, as well as judicial investigations. The titles of the seven compositions – “L’Agguato” (The Ambush), “Una farfalla che grida” (A Screaming Butterfly), “La Cicala” (The Cicada), “In Me La Notte Non Finisce Mai” (In Me The Night Never Ends) – seem to come from an inverted late seventies-early eighties period, a dark past populated by dangerous creatures and morbid attention, marked by cryptic criminal finds and a disturbing and fragmentary sub-narrative. The tragic settings and obsessive plots are reminiscent of the first seasons of both Stranger Things and True Detective, or in the psychopathologies of Non Si Sevizia Un Paperino (Don’t Torture a Duckling) by Lucio Fulci. “It often happens that crime stories may influence the broader narrative surrounding them, but very few are able to change aspects of society and remain intact after more than five decades, at least in terms of fascination”, Deison says. For the monster of Florence, he has developed a real creative obsession, resulting in what he does best: sound craftsmanship that is refined yet tense, and which is marked by a deep awareness and consideration for all individual elements. Such craftsmanship is able to create a cinematic setting, raise emotions, and engage our aural attention.