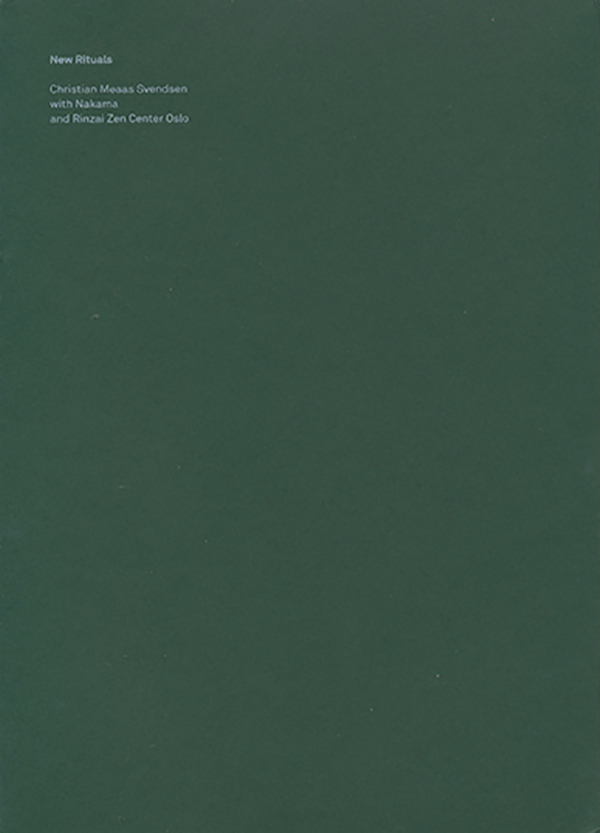 Can music, with its different language, engage with Buddhist philosophy? In New Rituals, Christian Meaas Svendsen proves this is possible, by exploring the relationship between form and freedom, modern Western culture and traditional Oriental culture. The three CDs in the edition are based on the same source: 10 ancient sutra or Zen chants. The object of the experiment is an independent self, inseparable from everything else and in continuous mutation. In some parts of New Rituals this takes the shape of devotional chants, while elsewhere it takes the form of an expressive and airy free jazz, and in others it’s just a simple lullaby accompanied by a double bass. #Christian# Meaas Svendsen is the medium of an ancient knowledge, one that goes beyond him. The other musicians, Agnes Hvizdalek, Adrian Løseth Waade, Ayumi Tanaka and Andreas Wildhagen, follow the same emotional wave and manage to find their own way in the musical style, something in between classical music and the traditional chant. Nakama Records can be happy with this work, which was made possible thanks to the support of Oslo Norsk Komponistforening and Rinzai Zen Center, a location where the practices of meditation are essentially silent. Zen Buddism is a religious tradition with its own rituals and fixed forms, but essentially it is anti-dogmatic and anti-intellectualist. This is particular true of the Rinzai school, which believes that illumination is a sudden event, reachable only through meditation or forms of paradoxical dialogues. In Japan and elsewhere, Zen has deeply influenced literary and artistic production: from poetry to painting, from the No drama to the architecture of gardens and temples, from the disposition of the flowers to the relationship with several arts and subjects, until eventually the music of John Cage, which is entirely permeated by the complexity and the mutability that Zen suggests. Our attempts at investigation and classification can only be defeated; what is left, without easy simplification, gets us closer to the real process and brings us back to all its full complexity.