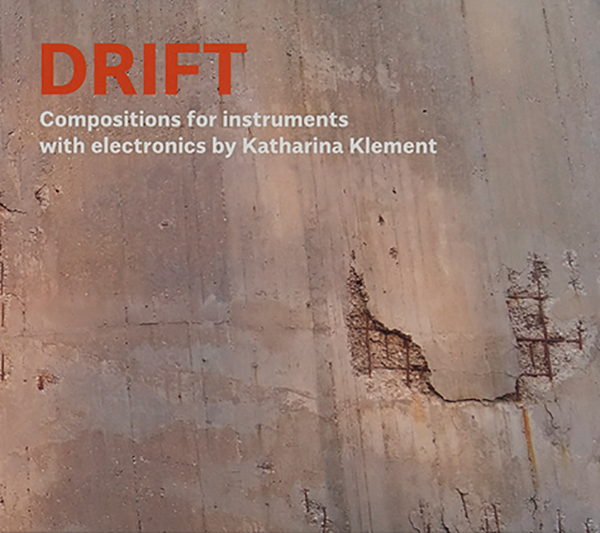 This interesting electroacoustic release includes three compositions by Katharina Klement from 2014-2015. The tracks accurately conform to the large and eclectic catalogue of Chmafu Nocords, a non-profit label that promotes experimental and anti-specialist approaches. All three tracks share a dark grain and mutually permeate, flowing one by one into each other, to creating a visionary, poetic, sensitive and rarefied continuum. The first track, “Wie Tag und Nacht”, is a score for three table zithers and electronics, the second one is “in dem HIMMEL benannten Darüber”, to be performed by two ensemble (subshrubs e PHACE) and finally, the title track, “Drift”, a composition for organs and electronics, is the most engaging and elegiac of the selection, and also, perhaps, the most representative and symphonic, hanging between the limits of the audibile and broad sound volumes. The sequences still prove how Katharina Klement might move between different plans and poetics (just think also in 2014 the sound artist was recording in Belgrade the very dry and metropolitan field recordings that later would be merging into Peripheries for Gruenrekorder). For Klement the concept of drift means “being at the mercy [of]”, but at the same time it also implies “a practice of change”, an action leading her to a sort of edge, a liminal zone where it’s possible to experience new orientations and forms of relationships to things. Not incidentally, the Austrian experimenter got to this more elaborated compositional approach from free improvisation. “In dem HIMMEL benannten Darüber” illustrates this passage; it’s possible to feel how Klement is still fascinated by the possibility of defining any single sound as source matter, even in the obvious complexity due to many free form contributions (because there are many musicians engaged in the score of subshrubs and PHACE).