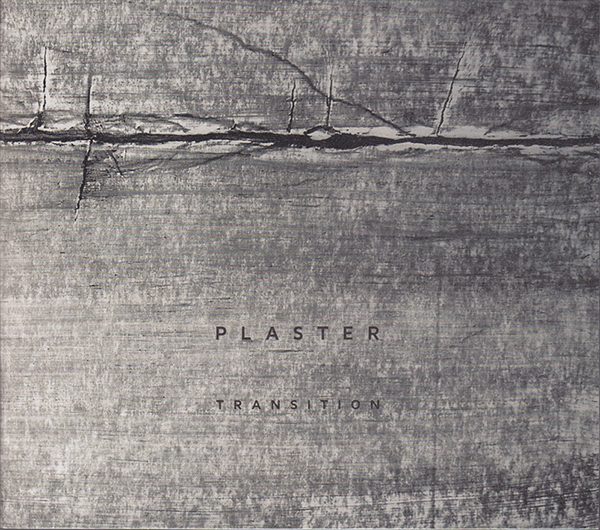 Released by Kvitnu, Transition is the new studio album by Plaster, a moniker hiding the real name of Gianclaudio Hashem Moniri (earlier in a duo with Giuseppe Carlini). Transition shows a different approach from the past: more minimal and concrete, thanks to the use in the compositions of analogue and hardware sets, on the edge with inspired industrial suites and ambient developments. The sequences are dark and disturbing, reminiscent of uninhabited lands and lunar landscapes. Despite the transition the title suggests clearly refers to a more experimental inclination, a technoid set is still somehow there in the eight tracks, wonderfully designed by the artwork of Zavoloka, brain and designer of the Viennese label. The fictional worlds recalled refer to classic dystopian sci-fi, with a mix of apocalyptic and post-human visions, moving the listener across some hypnotic and at the same time synthetic, threatening and rhythmical beatings. There are also moments of peace, for example “Unregistered Product”, where an elegiac loop is modulated with great expertise and persistence, praising some musing connections. In the following “Imaginary Friend”, the connections become almost retrowave or more noisy, if you prefer, tending to a different enjoyment, more raw, vibrant and direct. But what we keep in our synapses are the fake melodies created with the analog synthesizers, “The Last Goodbye” or “Casual Encounter”. Thanks to their evocative character, we imagine that they will be very effective in live performances, for an audience that needs to return to the origins, when everything was not as glossy at it seems now and being harsh and irritating was not an option. We don’t know if Moniri is interested in this. Anyway, we would like the idea that this talent might in the future be challenged far from his comfort zone. He would be more in syntony with his own obsessions. These obsessions are definitely not comforting and find inspiration from the darker and more complicated twists and turns across the genres, always on an anxious and hyper-vivid, hard and enigmatic modulation.