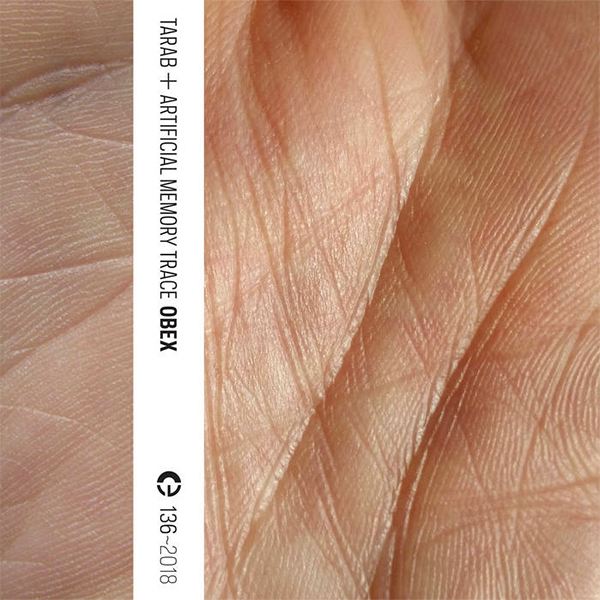 The Australian Tarab and the Czechoslovak Artificial Memory Trace, aka Slavek Kwi, now based in Ireland, began by exchanging different contents: audio sources, resounding objects, single sculptures and small self-made gadgets. The starting point was a reciprocal manipulation of the items, such as putting the sculptures in special situations and leaving them there working. Tarab has some practice with the sounds collected, his skill is the re-contextualising of these audio captures, made with tactile acts and in compositions which later assume a specific dynamic. It’s a kind of psycho-geography, a sound drift inspired to the dismissed things, which may have a new use or might just be picked from the garbage or found walking aimlessly. The perception is brought to an infinitesimal and urticant point, aware that the matter decay may have a specific quality. Something similar happens in the site-specific field recordings, but it’s not exactly the same. Tarab seems to tend to a more brave environmental commitment, which gives life to some meta-narrations and visceral sensations and to a definite awareness of how an exact syntony may be decisive, and how much. AMT try to define this practice as “electroacoustic sound frames”, whose result is a shrill and nervous musicality, which finds some exhaustion in the receding breaks and reminds of the weaves typical of granular synthesis in its full moments. All the materials were later selected and additionally organized, some were wholly left untouched or put together with other recordings. For this release Crónica Electronica producers chose a format that may seem a bit outdated, but at the same time now sophisticated and fascinating, the old cassette tape. This is a clear reference to the “offline fetishism”, the uncontrolled and maniacal passion for anything before the internet era, when non-music already existed and had the form of different media. The listening experience is involving, engaging and full of different shapes and is skilfully followed by slightly bizarre track management. At the beginning the length of the tracks is just few dozens of seconds, later the length increases but it becomes difficult to understand when there are the caesura. This element is not actually confusing, but requires a more careful and pleasing listening experience.