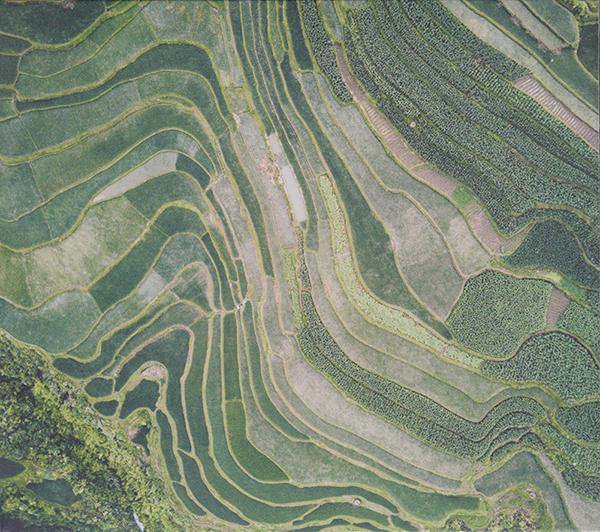 The album presents eight tracks recorded at GOK Sound in Tokyo under the supervision of DJ Sniff and Yuen Chee Wai. We can openly say that the artists involved in the project are the most interesting of the Asian scene, a real network focused on independent musicians and organizers. Regardless of their local traditional genres, it’s still possible to recognize the circumstances and the cultural needs of the many continental regions, where different themes are weaved in a way difficult to consider without a precise contextualization. The Asian Meeting Festival, a hotbed for these artists, was opened in 2005 by Otomo Yoshihide with the hopes well placed to promote a solid creative interaction. This actually worked and the festival has quickly become one of the most important for the noise, improvisation and experimental music in this large and fascinating area of the world. DJ Sniff (Takuro Mizuta), known in Europe mainly for his ability with the turntables, was also the director of STEIM in Amsterdam, a center focused on the research and the development of new musical instruments for electronic performance arts. Under his direction, the institution produced more than a hundred concerts and artistic residence projects. Now in this collection summarizing the 2017 edition of the Asian event, the partnerships are so many as to almost confuse. The list of musicians includes Ryoko Ono, Ko Ishikawa, Son X, KΣITO, Yuji Ishihara, Tavito Nanao, Yong Yandsen, Jojo Hiroshige, Kimiya Sato, Ai Watanabe, Kok Siew-Wai, Nguyen Hong Giang, Krisna Widiathama, and the three above-mentioned supervisors, available to give their contribution to some super-vital sessions. The language barriers or the political tensions between the countries they come from don’t have any influence at all. What matters is the crossing between the multiform experiences, a factor which makes it possible for different musical backgrounds to coexist within the field of free improvisation. The contemporary experimentation in the East does not go only one way – how could this actually be? – but the strong unity of intent can facilitate the positive spread out of the borders of the single nations.