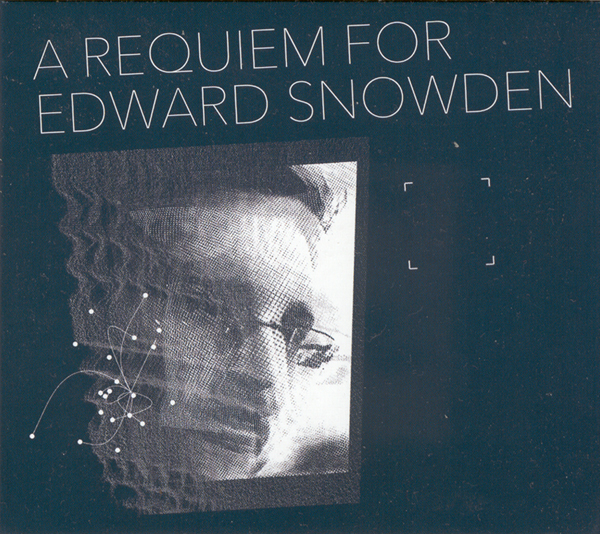 Today, digital communications, the proliferation of media, concerns for personal privacy, networked surveillance and the ability to hack networks, all generate particular previously unthinkable conjunctions in the relationship between individuals, institutions and communities. The topic of espionage is not a new trope for the culture industries, including music and art or cinema; however, an audiovisual performance that embraces all the above concerns has not been seen before Matthew Collings’ Requiem for Edward Snowden. As in the case of Edward Snowden, sometimes the act of conspiracy makes heroes of those who commit it. Espionage is mostly a twentieth century concept, but it returns here in a cyber guise. It is driven by an ideological and activist approach that feels duty bound to inform the public of “that which is done in their name and that which is done against them”. Published by the Magnetic North editions, Requiem is precisely this, an elegy by Matthew Collings, a well-known British art critic, writer, broadcaster and artist. Snowden revealed that we live in a world in which the privacy of our daily routines is completely compromised and this is a political act in itself, a sign of the times, an inescapable complaint about mass surveillance activities that we all should be concerned about. In the performative flow are elements that refer to a classical ensemble, with “hacked society” texts, along with glitchy and free form cuts, in a highly addictive edit, reactive and rather dramatic. The musicians-performers interact in real time with the visual apparatus wisely organized by Jules Rawlinson and everything reaches a significant emotional density. We do not know if the Requiem is also a funereal salute to totalizing US digitized democracy, but the impression that we receive is still very strong.

A Requiem for Edward Snowden, Preview 2