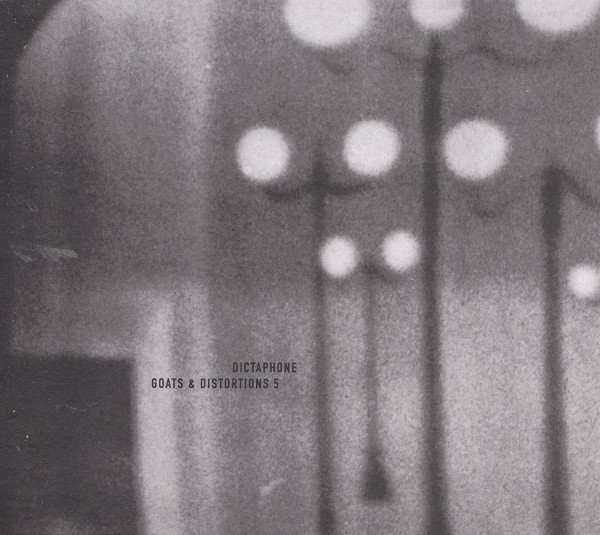 Oliver Doerell, Roger Döring and Alex Stolze, a Belgian-German band known as Dictaphone, present some exotic, cinematic and fascinating atmospheres here. Already on the first track of Goats & Distortions 5, the convincing chords stand out with a strong narrative vocation and soon become even more evocative, essential and elegant in the following track. Here we are caught between the sounds of clarinet and violin, imbued with great mastery in sparse, elegaic passages. Some samples are recorded on an old tape recorder that Oliver Doerellby found by chance in his Berlin house. Some audio recordings were also extracted from the same device, which serves as a sound source. The overall effect is of chamber jazz, passionate and experimental, nocturnal and evocative, as in the passages of “Your Reign is Over”, where we also hear the haunting voice of Helga Raimondi. The compositions are quite ethereal, sometimes ghostly, full of dark ambient tapestries and eccentric details. There are also some melodic passages, often filled by several imperceptible sounds and nostalgic beats. It’s the typical balance of a global cross-referential music, abstract but not lazy, engaging and poignant. Dictaphone began their career with City Centre Offices in 2002 and this is their fifth release. Their equilibrium seems to be well balanced, thanks to their style, which is quite minimalist, charming and eclectic, somehow vintage, like the band’s name, which was inspired by a lo-fi recorder with a variable speed motor invented in the late 1940s. Ideally, the ten tracks each represent a different journey into a unique sonic world supported by analogue loops, winding rhythms and sophisticated electronics. All the elements are constantly changing through formless passages, misty but calm, a little surreal and lush. This release takes us back to an alternative time in Brussels in the early 1980s.